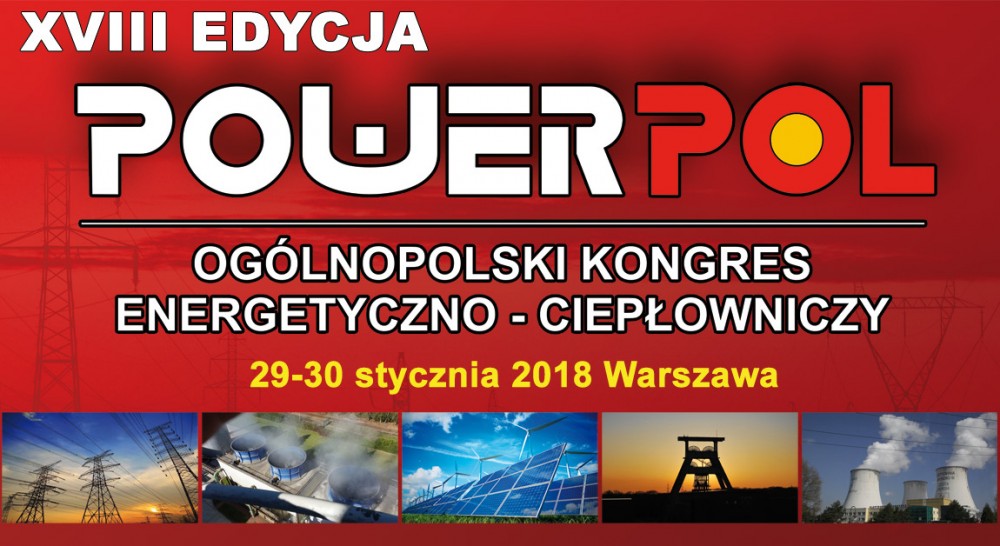 On January 29-30 2018 in Warsaw was held XVIII edition of Polish Power - Heating Congress POWERPOL, devoted to discussing the prospects for the development of Polish energy in relation to the coming years. The congress was under the honorary patronage of, among others by the Ministry of Energy, Secretary of State, Chief National Geologist, Government Plenipotentiary for the State's Raw Materials Policy at the Ministry of the Environment, the National Center for Research and Development or the Energy Regulatory Office.

During the congress there were seven discussion panels dealing with the subject of changes in the Polish energy sector from the perspective of the Government and enterprises, the reorganization of the Polish energy production market, investments in heating, the role of gas in Poland's energy policy, electromobility, issues related to energy clusters, renewable energy and innovation, distribution and sale of energy and gas.

In the role of one of the panel speakers "Gas in Poland's Energy Policy" was presented by Henryk Młodawski - Member of the Board Exalo Drilling S.A. The discussion started with an attempt to outline the perspectives of gas extraction development in Poland, as well as changes in the area of gas imports to the country. As a result, it was possible to draw up key investment projects for the Polish gas market, taking into account not only the economic realities of enterprises, but also prospects for changes in gas consumption in Poland. In the next round of questions, reference was made to the possibility of building competitive advantages on the gas retail market and customer service in this market, as well as related priorities with the expansion of the distribution network.